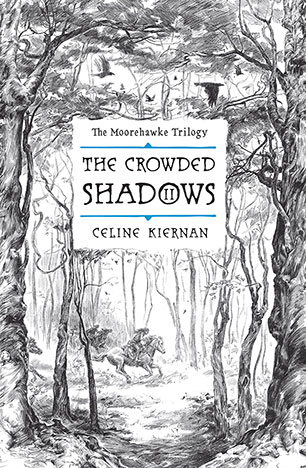 New friends. Old enemies. Who can you trust?

Set in a fantastical medieval Europe, this is the second book in a compelling trilogy of court intrigue, adventure and romance. Now, Wynter Moorehawke finds herself alone for the first time in her life, caught up in confusing formalities and politics very different to life back at court.

It seems that every tyrant or bully who has ever threatened the kingdom is sending delegates to meet with the Rebel Prince, and Wynter is increasingly nervous of Alberon's intentions.

Razi and her beloved Christopher soon make an appearance, but where friends go old enemies soon follow, and Wynter finds herself confronted with the infamous Loups-Garous. It is to Christopher's adopted people, the nomadic Merron, who she must now turn for sanctuary. But the Merron have sided with Shirken, the woman who has made it her life's work to wipe their race from the face of the earth.

What is behind the conspiracy, and is Alberon at the centre of it all?

'This is a book to be read, reread and treasured. The Crowded Shadows more than fulfils the promise of The Poison Throne, and the completed trilogy is likely to stand with the best of this genre.' Inis Magazine
More books by this author More books in this series