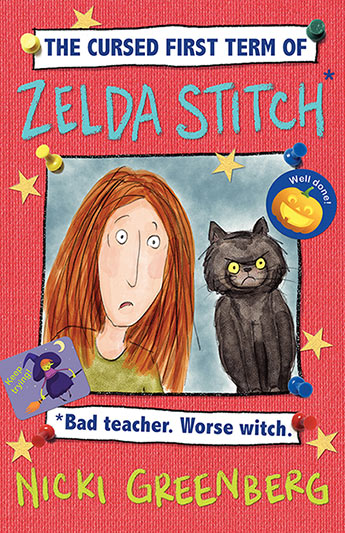 Imagine if you read your teacher's diary... and discovered she was a witch! With courage, imagination and a certain amount of recklessness, Zelda Stitch begins her first year of teaching primary school - as an incompetent (incognito) witch.

It was bad enough when I was eleven years old. But if they sniff me out now, it'll be a disaster.

Zelda Stitch isn't much of a witch - she's hoping she'll make a better primary school teacher. But if the vice principal finds out about her, her dream will go up in a puff of smoke.

With NO HELP AT ALL from her disagreeable cat Barnaby, Zelda must learn to be a better teacher, a better friend and a better witch - even if that means taking broomstick lessons.

Magic. Mischief. Mayhem. Zelda's classroom is a cauldron full of laughs.
More books by this author