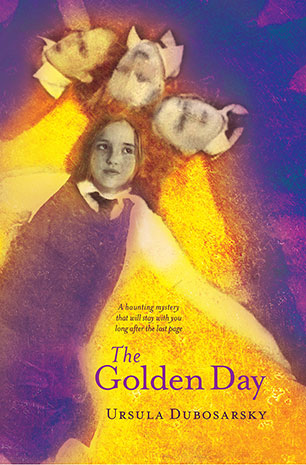 A beautiful, haunting novel from the author of the multi-award-winning The Red Shoe. Set in 1967, and imbued with the atmosphere and psychological intrigue of Picnic at Hanging Rock.


There were only eleven of them, like eleven sisters all the same age in a large family. Because it was such a very small class, they had a very small classroom, which was perched at the very top of the school - up four flights of stairs, up in the high sky, like a colony of little birds nesting on a cliff. 'Today, girls,' said Miss Renshaw, 'we shall go out into the beautiful Gardens and think about death.'

In the Gardens they meet a poet. What follows is inexplicable, shocking, a scandal. What really happened that day? Is 'the truth' as elusive as it seems? And do the little girls know more than they are letting on?

A haunting and unforgettable novel from a multi-award-winning author.

'The Golden Day is the sort of book that churns something up deep inside the reader; it will be as hard for an adult to forget as for the young people age 12 and older for whom it is intended.' Meghan Cox Gurdhon, 'Behind Closed Doors' in The Wall Street Journal Sunday August 11 2013.
More books by this author

Ursula Dubosarsky is widely regarded as one of the most talented and original writers in Australia today. She is the author of many outstanding books, both for young adults and for children, and has won numerous awards for excellence. In 2007 The Red Shoe won the Queensland Premiers Award, the NSW State Literary Award -Young Adult, and was an Honour Book in the CBC Book of the Year Award for Older Readers. Ursula has a PhD in English literature from Macquarie University, and lives in Sydney with her family. She is the Australian Children's Laureate for 2020 - 2021.