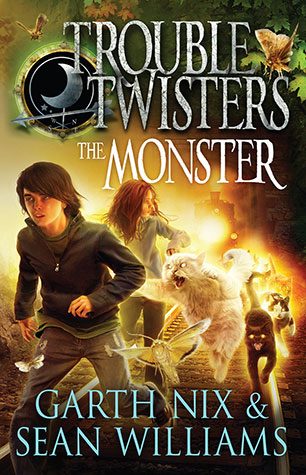 Last time, twins Jaide and Jack defeated The Evil with luck and intuition. This time they must truly master their powers as troubletwisters. The second exciting, mysterious instalment in the series, from fantasy masters Garth Nix and Sean Williams.

After The Evil's assault on Portland, everything returns to relative normality.for the moment. The twins continue to work hard to control their Gifts, and at school they make a new friend, Tara. But then the instruments in Grandma X's antique store begin registering Evil activity, and Tara's dad turns out to be the suspicious big-city property developer working on the house next door. Matters turn from bad to worse when the twins discover that Grandma's cats are fighting an important battle of their own. Can the twins solve the mystery of the Living Ward before it's too late?
More books by this author More books in this series