The Mystery of the Golden Card: Troubletwisters 3 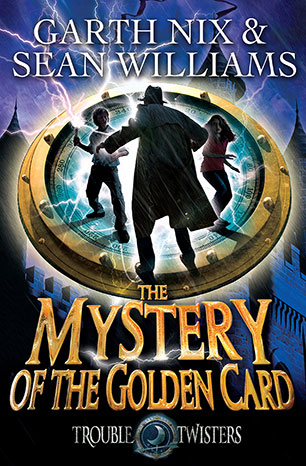 Magical twins, mystery and danger, unexplained events, and an Evil that refuses to be contained . Twins Jack and Jaide are troubletwisters and in this book they must use their elusive Gifts to search Rourke Castle for the mysterious Golden Card of Translocation.

Can twins Jack and Jaide find the mysterious Golden Card of Translocation and make it out of Rourke Castle alive?

When eccentric Young Master Rourke dies in suspicious circumstances, troubletwisters Jack and Jaide are sent on a mission by their father to retrieve a lost Golden Card from somewhere within the vast Rourke estate. But secret agents for The Evil are also in pursuit of the card, and the troubletwister twins know that whoever finds it first will gain access to a Gift more powerful or terrible than any other. Together they negotiate secret passages, talking parrots and animated suits of armour, while trying to control their own fledgling Gifts. It rapidly becomes impossible to know who to trust and who might be an agent - even among those closest to them.