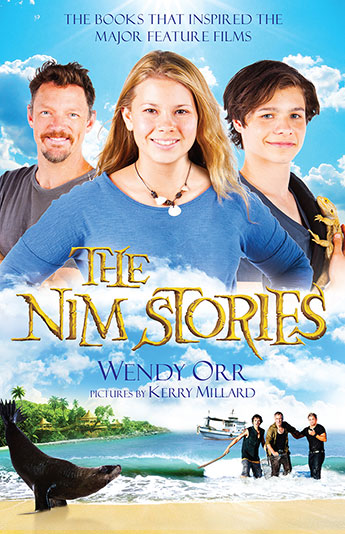 Nim lives on an island in the middle of the wide blue sea, with her father, Jack, a marine iguana called Fred, a sea lion called Selkie, a turtle called Chica and a satellite dish for her email. No one else lives quite like Nim, and she wouldn't swap places with anyone.

In Nim's Island, when Jack disappears in his sailing boat and disaster threatens her home, Nim must be braver than she's ever been before. And she needs help from her friends old and new. Now a major feature film starring Jodie Foster, Abigail Breslin (Little Miss Sunshine) and Gerard Butler (300).

In Nim at Sea, Nim's new friend Alex Rover flies away without saying goodbye, and Selkie the sea lion is captured by villains from a cruise ship. Nim must risk everything to bring them back. A second major feature film has been inspired by this story, called Return to Nim's Island, starring Australia's own Bindi Irwin.
More books by this author More books in this series

Once, when she was on a ferry going to visit her grandparents, Wendy saw a tiny island and wished that she could live there. As soon as she got home, she started writing a story about a girl who runs away from an orphanage to live on a small island. Many years later, when she was a grown-up writer, Wendy remembered the feeling of writing that story, and started writing Nim's Island.

Wendy began writing for children after a career as an occupational therapist. She is the author of many award-winning books and lives on Victoria's Mornington Peninsula.