The Secret of the Swords: Sword Girl Book 1 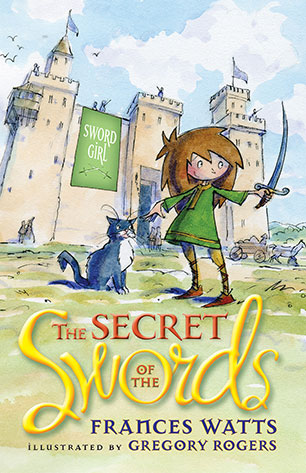 The first book in a fun and exciting series by award-winning author Frances Watt and Kate Greenaway Medal winner Gregory Rogers, introducing Tommy - a feisty kitchen hand who longs to be a knight. When Tommy is finally promoted to Keeper of the Blades, will a missing sword ruin everything?

Tommy, a kitchen girl at Flamant Castle, dreams of becoming a knight - and when she is made the Keeper of the Blades, caring for all the swords in the castle armoury, it seems like her dream might come true. But then Sir Walter's most valuable sword goes missing from the sword room. Will Tommy be able to find it before she is sent back to the kitchen in disgrace?