The Ship Beyond Time 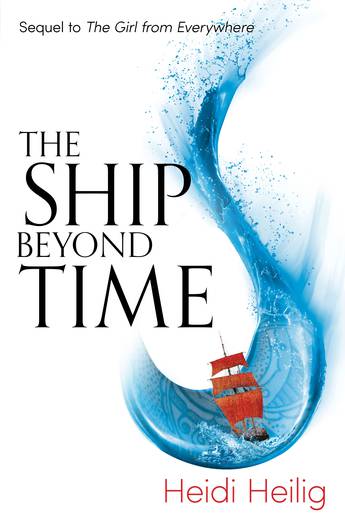 On a warm December day in 1884 the Temptation was leaving Hawaii, as well as the 19th century, on the hunt for its next adventure . . .

Now that her father has stopped chasing the past, Nix finally has the chance to figure out her future. When she comes across a fanciful French map detailing the fabled city of Ker-Ys, in the South Pacific, she is curious. Could she Navigate to its mythical location?

The city is a utopia and there, Nix finally meets her mother. But does this mean she can save her, or indeed, avoid her own fate? Just as she and Kash are becoming closer, Nix discovers that she's destined to lose the man she loves the most. But can she steer their romance away from this danger?

The thrilling sequel to The Girl From Everywhere.

She holds an MFA from New York University in Musical Theatre Writing, of all things, and she's written books and lyrics for shows including The Time Travelers Convention, Under Construction, and The Hole. She lives in Brooklyn with her husband, her son, and their pet snake, whose wings will likely grow in any day now. Follow Heidi at http://www.heidiheilig.com/ or on Twitter: @heidiheilig