Home>Browse>Books>Children's>The Story of the Olympic Games

The Story of the Olympic Games 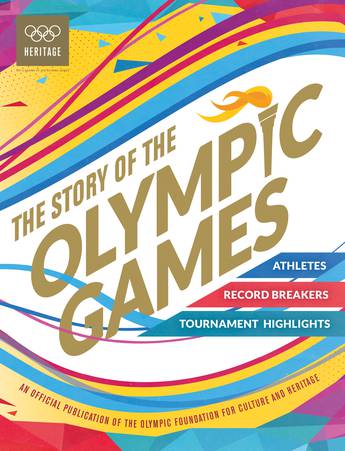 The official and exclusive children's title charting the history of the summer Olympic Games, published in association with the Olympic Museum in Lausanne, a foundation of the International Olympic Committee. Features colour photographs and artworks from the archives of the Olympic Museum, including portraits, action shots and images of memorabilia from every summer Game, namely Athens 1896 to Rio 2016.

Chronologically structured and featuring up to 200 original photographs, the book charts the story of this famous global event, beginning in 776 BC in ancient Greece through to its revival in 1896 and the 27 subsequent games. The pages are packed with exclusive photographs of the action, athletes and artefacts that have defined each game, so young fans can become immersed in the world's greatest sporting spectacle in the run-up to the 2020 Games in Tokyo.
More books by this author
Category: Children's
ISBN: 9781783125517
Table Of Contents: The Ancient Games.
Pierre de Coubertin & the modern era.
DPS on each of the Olympic Games from Athens 1896 to Rio 2016.
Exciting preview of the Tokyo Games in 2020.
Publisher: Welbeck
Imprint: Welbeck Children's
Page Extent: 96
Format: Hard Cover
Subject: Children's, Teenage & educational