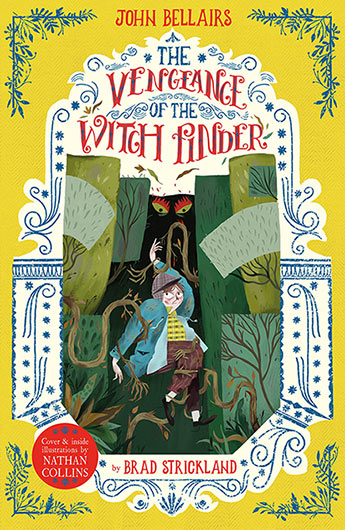 The fifth book in the famous Lewis Barnavelt series

Lewis and Uncle Jonathan have travelled to England to visit family at Barnavelt Manor, much to Lewis's delight - he hasn't visited family outside of America before!

Lewis becomes friends with the housekeeper's son, Bertie, and as the two boys explore the manor's garden maze, Lewis accidentally unleashes demonic forces that summon the ghost of an evil wizard adamant on destroying his entire family.

Can Lewis fight the maniacal wizard, or will all the Barnavelts perish?
More books by this author

John Bellairs (1938-1991) was an award-winning American author of many gothic mystery novels for children and young adults, including The House with a Clock in Its Walls, which received both the New York Times Outstanding Book of the Year Award and the American Library Association Children's Books of International Interest Award, The Lamp from the Warlock's Tomb, which won the Edgar Award and The Specter from the Magician's Museum, which won the New York Public Library 'Best Books for the Teen Age' Award.

Brad Strickland has written more than eighty-five published books, including entries in the Lewis Barnavelt and Johnny Dixon series, following the death of the original series creator, John Bellairs. He is a Professor Emeritus of English and lives in Georgia with his wife, Barbara.