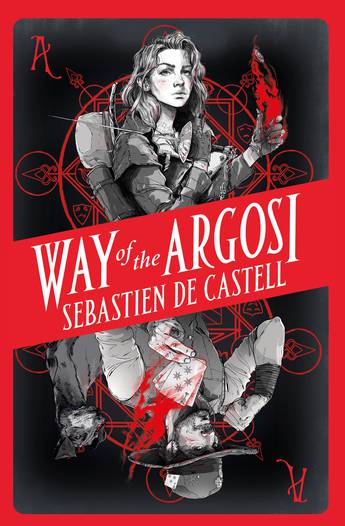 The Alchemist meets The Three Musketeers - with card tricks. A brilliant origin story of adventure, wit and philosophy to enrapture devotees as well as newcomers to the Spellslinger series.

Ferius Parfax has a simple plan: kill every last inhabitant of the spell-gifted nation that destroyed her people, starting with the man who murdered her parents. Killing mages is a difficult and dangerous business, of course, but when she meets the inimitable and extraordinary Durrall Brown she discovers that physical strength is not the only way to defeat evil of all kinds.

So Ferius undertakes to study the ways of the Argosi: the loosely-knit tribe of tricksters known for getting the better of even the most powerful of spellcasters. But the Argosi have a price for their teachings, and by the time Ferius learns what it is, it may be too late.

Perfect for fans of The Dark Tower, Firefly, Guardians of the Galaxy, Terry Pratchett, Ben Aaronovitch and Jim Butcher.
More books by this author

Sebastien de Castell had just finished a degree in Archaeology when he started work on his first dig. Four hours later he realized how much he actually hated archaeology and left to pursue a very focused career as a musician, ombudsman, interaction designer, fight choreographer, teacher, project manager, actor and product strategist. His only defence against the charge of unbridled dilettantism is that he genuinely likes doing these things and that, in one way or another, each of these fields plays a role in his writing. He sternly resists the accusation of being a Renaissance Man in the hopes that more people will label him that way.

Sebastien lives in Vancouver with his lovely wife and two belligerent cats. Follow Sebastien at www.decastell.com or on Twitter: @decastell