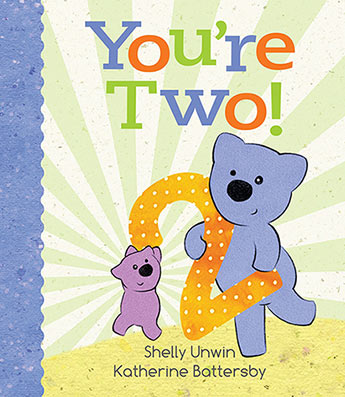 The second in a series of five sweet rhyming picture books that celebrate early childhood in all of its wonder and curiosity. Each story is crafted to reflect a child's developmental changes as baby grows from exploring toddler into a confident five-year-old child.

You're two! You're growing up! Look at you! You're one plus one, and that makes two.

Running, jumping and cuddling are all part of a two-year-old's day. Enjoy a quiet moment with the busy toddler in your life with this picture book that lovingly captures the curiosity and wonder of a child who's turned two.