Flight of the King 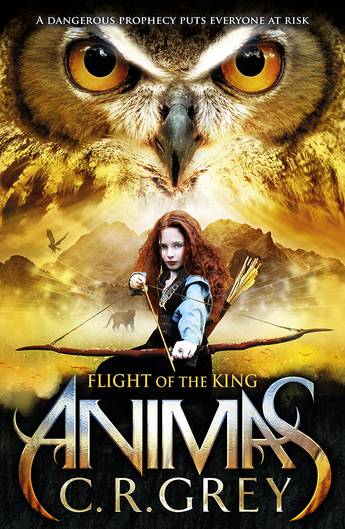 When animals and humans unite, amazing things can happen... The second exciting instalment of the gripping Aminas series.

Bailey and his group of friends are back at Fairmount academy, accompanied by Gwen, the Elder's apprentice. But all is not well. They quickly figure out that evil ruler Viviana has something planned for the day of her grand Progress Fair, and knowing Viviana, it won't be good.

But their plans to stop her are swiftly torn apart. Taleth, the last white tiger and Bailey's only kin, is kidnapped. Bailey and Hal must follow her trail deep into the Dust Plains, but they could never have predicted the danger that they will find there. Meanwhile, Gwen and Phi are on a quest of their own - having been entrusted with finding 'The Instrument of Change', they know their mission is an important one. But could Gwen be more special than she knows? Somehow, although they are separated, the friends must pull together. Because the fate of not just the kingdom, but the Animas bond itself, is in their hands...
More books by this author More books in this series

C.R. Grey was born in a house on a pier in Maine - literally on the ocean. She then grew up in Memphis, Tennessee. She received her BA in Theatre from SUNY New Paltz and her MFA in Fiction from Ohio State University. Grey lives in a sunny apartment in Poughkeepsie, New York, with one black cat, one white cat, and a Boston Terrier named Trudy. She can often be found weeding through ephemera in antique shops and walking over the bridges that span the Hudson River. The ANIMAS series - LEGACY OF THE CLAW, FLIGHT OF THE KING and SONG OF THE SWORD - are her first novels. Follow C.R. Grey on Twitter: @CRGreyBooks