Night of the Fifth Moon 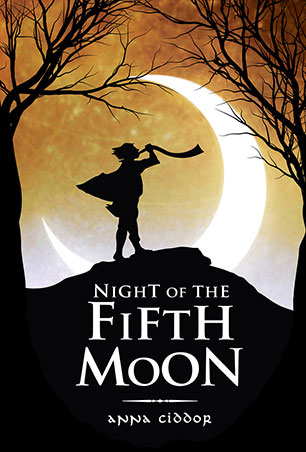 A haunting story of secrets and adventure, set in the ancient pagan world of the Druids, from the writer of the popular Viking Magic series.

In the time of the druids, deep in the forest. Six seek the power, but only one can be chosen

Ket is desperate to learn the druid's secrets - to predict the future from the stars, to understand the raven's cry, to speak words of power that can halt a battle. But five other fosterlings are competing against him, and at each new moon one of them must be sent away. Friendships are strained to breaking point as they all strive to impress the druid. By the night of the fifth moon, only one will remain. Set in ancient, pagan Ireland, Night of the Fifth Moon is one of the most unusual and intriguing tales you will ever read.

Anna Ciddor has made her name as a versatile writer and illustrator of fiction, travel and historical books for primary school children. Her Viking Magic fantasy series has earned her fans throughout the world.