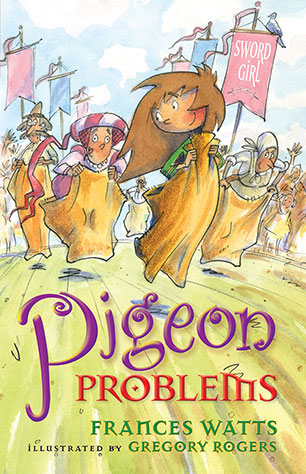 Another adventure in the Sword Girl series featuring the feisty Thomasina. Pigeon goes missing, and only Tommy can find her friend and save Lady Beatrix's birthday celebrations!

It's Lady Beatrix's birthday, and Sir Walter is planning a celebration at Flamant Castle. There will be games and competitions and a big surprise party. Everyone at the castle is excited . except the pigeon. But the pigeon is needed for a very special job - and when he goes missing, it looks like Sir Walter's plans will be ruined. Can Tommy find her friend and save the celebrations?
More books by this author More books in this series