Rose Campion and the Curse of the Doomstone 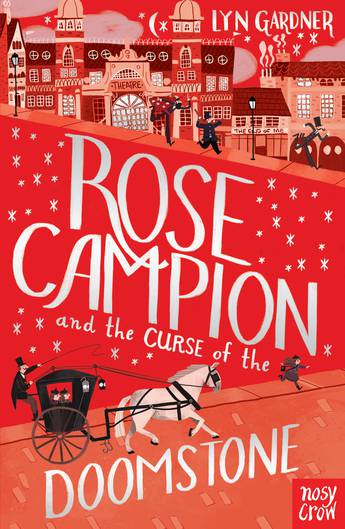 The second book in an exciting series - murder, mystery and theatrical thrills in the shadowy streets of Victorian London.

Business has never been better for Campion's Palace of Variety and Wonders - and the music hall is about to open its doors to its biggest act yet: the Illustrious Gandini, the stage magician known as the Great Wizard of the North. But when the Doomstone Diamond - a priceless jewel with a disturbing history - is stolen during one of Gandini's performances, Campion's finds itself under threat once more, and Rose Campion and her friends will need all their wits about them to find the thief and uncover the secrets of the magician's mysterious past...
More books by this author More books in this series

Lyn Gardner was born in London and now lives near Richmond Park with her partner and two daughters. A theatre critic for The Guardian, she goes to the theatre five or six nights a week, which should leave no time for writing books at all. But, apart from the Olivia books, she has also managed to write two other novels for children: Into the Woods and Out of the Woods. Her ambitions are to learn to tap dance and walk the high wire, but it may have to be a very low wire because she is a bit scared of heights!