The Dog that Dumped on my Doona 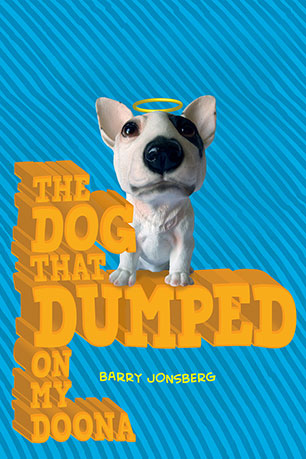 What's an eleven-year-old boy to do when an ugly dog called Blacky appears on his bed and tells him he has been given the mission to rescue God? This is a 'fast and funny book' from CBCA-shortlisted author Barry Jonsberg.

When Marcus is woken by a dog doing a poo on his bed, he is understandably upset. And Blacky (the dog) has other surprises in store. Soon Marcus and his disruptive friend Dylan are on a mission to rescue God - a sick pygmy bearded dragon - from the local pet shop. But time is running out.

And then there is Rose who thrives on terrorising her little brother. She is the sister from hell, but revenge will be sweet. Or so Marcus thinks.

'Funny, entertaining and meaningful. I would highly recommend it.' Cam, 12
More books by this author

Barry Jonsberg was born in Liverpool, England, and now lives in Darwin with his wife, children and two dogs - Jai and Zac. Both hounds chewed over the original manuscript of The Dog that Dumped on My Doona and buried it somewhere in the garden. Despite bribes, they have refused to reveal its whereabouts.

Barry has written several novels for young adults, all of which have been published to great acclaim. The Whole Business with Kiffo and the Pitbull was shortlisted for the CBCA Book of the Year (Older Readers) in 2005. His second book, It's Not All About You, Calma! won the Adelaide Festival Award for Children's Literature. Dreamrider was shortlisted for the 2007 NSW Premier's Award.