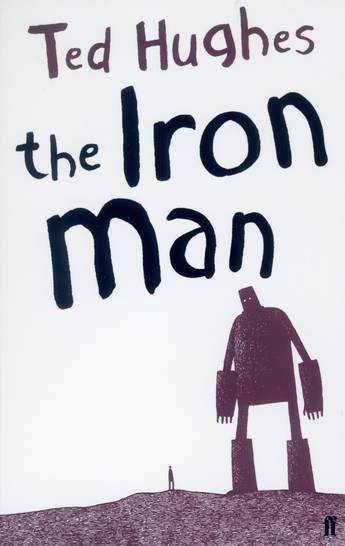 Generations of readers have loved this story about an iron giant.

'Reckoned one of the greatest of modern fairy tales' Observer

Mankind must put a stop to the dreadful destruction caused by the Iron Man. A trap is set for him, but he cannot be kept down. Then, when a terrible monster from outer space threatens to lay waste to the planet, it is the Iron Man who finds a way to save the world.

Ted Hughes was born on 17 August 1930 in Mytholmroyd, a small mill town in West Yorkshire. The family moved to Mexborough, a coal-mining town in South Yorkshire, when Hughes was seven. Between leaving Cambridge and becoming a teacher, he worked at various jobs, finally as a script-reader for Rank at their Pinewood Studios. In 1956, Hughes married the American poet Sylvia Plath, who died in 1963, and they had two children. He remarried in 1970. He was awarded the OBE in 1977, created Poet Laureate in December 1984 and appointed to the Order of Merit in 1998. Ted Hughes's first book, The Hawk in the Rain, was published by Faber in 1957. He published poetry, fiction and prose for both adults and children, as well as acclaimed translations. He died in October 1998.