The Secret Rescuers: The Star Wolf 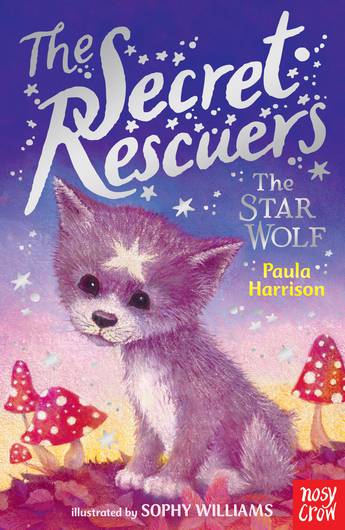 The next book in an exciting series for 7+ year olds, set in a world where amazing magical creatures. Filled with adventure, magic, secrets, friendship and animals in peril, this is the perfect follow- up to The Rescue Princesses.

One autumn day Emma comes across an adorable star wolf pup, caught in a trap. Emma rescues the little pup and sets about trying to reunite her with her family. But mean Lord Hector, who hates magical creatures, is trying to catch all the star wolves. With the help of a magical speaking stone and her new friend Sophy, Emma must work with the magical creatures of the forest to stop Lord Hector.
More books by this author More books in this series

Paula Harrison is the author of The Storm Dragon and The Rescue Princesses. She wanted to be a writer from a young age but spent many happy years being a primary school teacher first. She finds inspiration in lots of things from cloud shapes to snippets of conversation. She loves sandy beaches and eating popcorn. She lives with her husband and children in Buckinghamshire, which is nowhere near the sea.

Sophy Williams is an award-winning illustrator with twenty-five years experience illustrating children's books. While still studying, she twice won prizes in the Readers Digest Young Illustrator's competition and was runner up for the Mother Goose Award for her first picture book. She spent some of her childhood in exotic locations such as Singapore, Hong Kong and the Middle East and often finds her illustrations being influenced by these places. Her pictures are filled with atmosphere and drama created with soft pastels. She now lives by the Kennet and Avon canal in Bradford on Avon with her husband, author/illustrator MP Robertson, their two lanky teenage sons and a mischievous grey cat called Hamish.