China Land of Dragons and Emperors 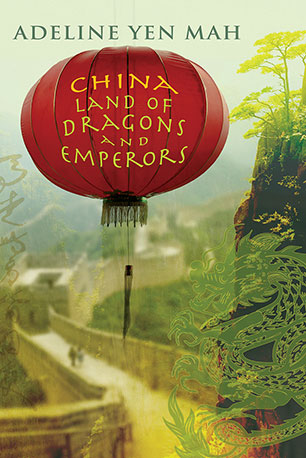 A fascinating and personal insight into China's history, from the terracotta soldiers to Chairman Mao, from the Silk Road to the invention of gunpowder, written by an author famous around the world.

Do you know why the opening time for the Beijing Olympics was set at 8.08 pm on 8 August 2008? Or what are the secrets guarded by the silent terracotta army inside the First Chinese Emperor's tomb?

This book will introduce you to the most famous people and events in China during the last 2200 years. Meet the emperor who loved a woman too much, and the admiral whose fleet was so big it blocked out the sun. Discover the meaning of dragons, and why you should never give a Chinese man a green hat. Be amazed at China's many inventions, from silk, paper, printing and porcelain to crossbows, stirrups, matches, cast iron, steel and gunpowder.

If knowledge acquired from history is the truest education, then this book is the best present I can give you.'

symbol of imperial power, as lucky as the number nine

First Emperor of All China

a terracotta army, book bonfires, a travelling corpse and the start of the Great Wall

early trade along the Silk Road, a cruel Empress, a heavenly horse, the invention of paper

The Cave of a Thousand Buddhas

a soldier enthroned, defeat in the north, the six evil men, flying money and foot-binding

wild horsemen from the north, the marble palace of Kublai Khan, a giant catapult