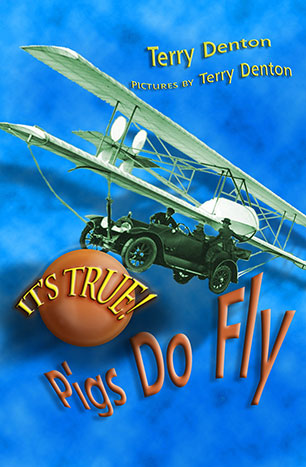 Everything you wanted to know about flight, this is the fifth book in the non-fiction series, It's True!

Psst! It's true! This is the best book on FLIGHT you'll ever read!

Who wants to fly like a bird? Almost everyone. But birds are built for flight, with wings and hollow bones, and we're not. So how do we get off the ground?

Terry Denton delves into history and finds inventors and scientists trying out all sorts of daring, gravity-defying and sometimes crazy ideas. War kites, a hot-air balloon manned by barnyard animals, an aerial steam carriage and a giant catapult all helped unlock the secret of human flight.

Flabbergast your friends with these high-flying facts and crazy crash landings.
More books by this author More books in this series