The Boy with Two Lives 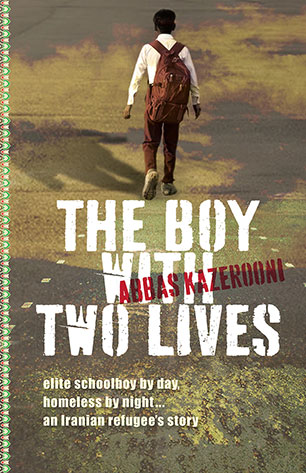 From the author of the bestselling memoir On Two Feet and Wings, this is the story of refugee Abbas's double life in England: elite schoolboy by day, homeless by night.

When ten-year-old Abbas arrives in England to start a new life - having just fled conscription into the Iranian army and survived almost three months alone in Istanbul, Turkey, waiting for a visa - little does he know that his troubles have only just begun.

Abbas's cousin packs him off to boarding school, and infrequent phone calls are his only contact with his beloved mother in Iran. Things get worse when Abbas is threatened with deportation and forced to work through the nights during his school holidays to repay his 'debt', and worse still when, at the age of thirteen, he finds himself homeless.

Abbas's extraordinary resilience in the face of overpowering odds makes this story based on true events from the internationally bestselling author of On Two Feet and Wings inspiring and unforgettable.

Abbas Kazerooni is a lawyer in California, USA. He is also a professional actor, writer and producer. Shows he has acted in include Sleuth on the London stage (lead role); the BBC's The Land of the Green Ginger (lead role); HBO's The Hamburg Cell; and the independent feature film Universal Senses. The Boy with Two Lives continues the story begun in On Two Feet and Wings, his first book.