A World Between Us 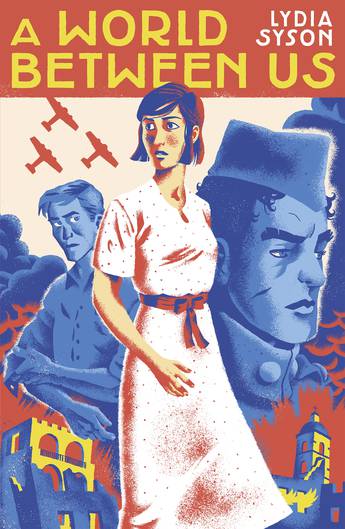 Spain, 1936. Felix, a spirited young nurse, has travelled to Spain to help the cause of the Republicans in the Spanish Civil War. But she is also following Nat, a passionate young man who has joined the International Brigades fighting Franco. And George - familiar George from home - is not far behind, in pursuit of Felix ...

As Spain fights for its freedom against tyranny, Felix battles a conflict of the heart. With the civil war raging around her, Felix must make choices that will change her life forever. An epic and moving historical adventure from debut author Lydia Syson.

Lydia Syson is a fifth-generation North Londoner who now lives south of the river. She is working through her ambitions in a disorderly fashion. The publication of her first novel, A WORLD BETWEEN US, has taken a good few decades. During this time she went from being a BBC World Service radio listener in Botswana to a producer in London, and then became a non-medical doctor and mother of four. She also wrote a biography of Britain's first fertility guru, DOCTOR OF LOVE: JAMES GRAHAM AND HIS CELESTIAL BED, learning a lot about enlightenment sex in the process. Getting to Timbuktu is still on the 'to do' list - it was the subject of her PhD thesis - but bilingualism and Hollywood musical stardom are looking increasingly unlikely. You can follow Lydia on www.lydiasyson.com or on Twitter: @lydiasyson