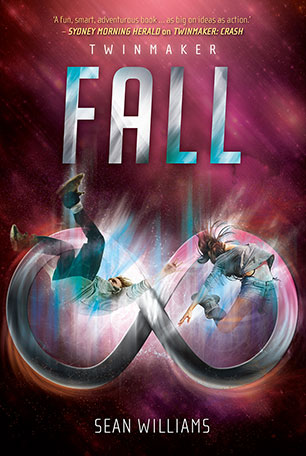 Action and danger fuel this near-future thriller in a fresh take on technology, identity, and the lengths one girl will go to save her best friend. The explosive conclusion to the Twinmaker series.

Clair's world has been destroyed - again. The only remaining hope of saving her friends is for her and Q to enter the Yard, a digital world of Ant Wallace's creation. The rules there are the same as those of the real world: water is real; fire is real; death is real. It all looks exactly the same as the world she used to know. But in the Yard there are two Clair Hills, and their very existence causes cracks that steadily widen.

Getting inside is the easy part. Once there, Clair has to earn the trust of her friends, including the girl who started it all - her best friend, Libby. But they don't know what's happened to the real world, and the other Clair is headstrong, impulsive, suspicious - just like Clair herself used to be. And that makes her dangerous.

As Clair struggles to find Jesse and make peace with herself, a surprising new ally emerges from the ashes of the world. Together they fight their way through the digital and political minefield in the hope of saving the world once and for all. This time Clair has to get it right or lose everything.

Praise for Twinmaker: Fall: 'The final act is packed with surprises that make perfect sense in retrospect. A philosophical marathon.' Kirkus

Sean Williams was born in the dry, flat lands of South Australia, where he still lives with his wife and family and a plastic pet fish. He has been called many things in his time, including 'the premier Australian speculative fiction writer of the age' (Aurealis), the 'Emperor of Sci-Fi' (Adelaide Advertiser), and the 'King of Chameleons' (Australian Book Review) for the diversity of his output. That award-winning output includes over forty novels for readers of all ages, one hundred short stories across numerous genres, the odd published poem, and even a sci-fi musical. He is a multiple recipient of the Aurealis and Ditmar Awards in multiple categories and has been nominated for the Philip K. Dick Award, the Seiun Award, and the William Atheling Jr. Award for criticism. He received the 'SA Great' Literature Award in 2000 and the Peter McNamara Award for contributions to Australian speculative fiction in 2008.