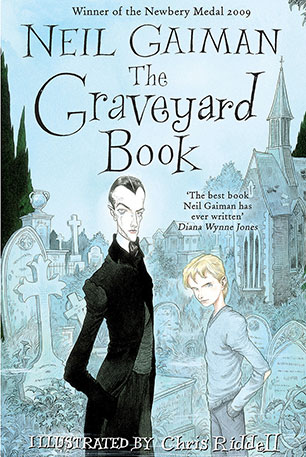 'It's going to take more than a couple of good-hearted souls to raise this child. It will,' said Silas, 'take a graveyard.'
An original adventure story about a boy raised by the resident ghosts, ghouls and spectres of a local graveyard. From the inimitable, bestselling author Neil Gaiman.

When a baby escapes a murderer intent on killing the entire family, who would have thought it would find safety and security in the local graveyard? Bod has an eccentric childhood learning about life from the dead. But there is also the danger of the murderer still looking for him - after all, he is the last remaining member of the family.
More books by this author

Neil Gaiman is the multi-award-winning and bestselling author of Coraline and Stardust, both of which are major motion films. Neil also writes screenplays for other people's films as well as books for adults and picture books for younger readers. Neil is British and lives in the USA. He travels extensively promoting his books.