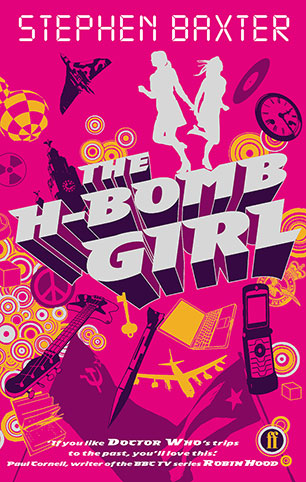 Liverpool, 1962. A place and time of danger and passion. In this thrilling novel by an award-winning science fiction author, a post-war city is threatened by nuclear warfare and the fate of the world is in the hands of a fourteen-year-old girl.

A thrilling new music is bursting on to the grey streets of the post-war city. A music that electrifies. A music that promises to change everything. But in Cuba, on the other side of the earth, nuclear tensions are at breaking point. The end of the whole world could be just days away.

On the run for her life and hunted by forces she can barely understand, fourteen-year-old Laura Mann holds the key to the very future of humanity.
More books by this author

Stephen Baxter is the internationally renowned author of over thirty science fiction and non-fiction books for adults and children. His work has won numerous awards including the Philip K Dick Award and the British Science Fiction Association Award. Stephen Baxter has written scripts for TV and film, and columns for all the major broadsheet newspapers. He has worked as a maths and physics teacher and in 1991 applied to become a cosmonaut. He was born in Liverpool and now lives in Northumberland with his wife.