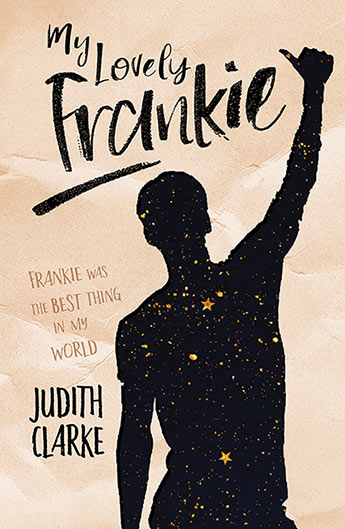 A masterful, moving story about a teenage boy caught between faith and love, by one of Australia's finest YA writers.

'Frankie believed in Heaven quite literally, as if it was another lovely world out past the stars. And when he spoke the word "love", it seemed to spring free and fly into the air like a beautiful balloon you wanted to run after. But I couldn't tell my parents about Frankie, not properly. I told them I'd made friends with the boy in the room next to mine, and how he'd come from this little town out west. I couldn't tell them how he was becoming the best thing in my world. I couldn't tell anyone, I hardly admitted it to myself.'

In the 1950s, 'entering' the seminary was for ever, and young boys were gathered into the priesthood before they were old enough to know what they would lose. Tom went to St Finbar's because he was looking for something more than the ordinary happiness of his home and school.

But then he discovered that being able to love another person was the most important thing of all. For Tom, loving Frankie made him part of the world. Even when Frankie was gone...
More books by this author

Judith Clarke is major force in YA fiction both in Australia and internationally. Her novels include the multi-award-winning Wolf on the Fold, as well as Friend of my Heart, Night Train, Starry Nights, and the very popular and funny Al Capsella series. Kalpana's Dream was named an Honor Book in the prestigious Boston Globe/Horn Book Awards and One Whole and Perfect Day was an Honor Book in the American Library Association's prestigious Michael L. Printz Awards for Excellence in Young Adult Literature. The Winds of Heaven was named an Honour Book in the 2010 CBCA Book of the Year awards and shortlisted for the inaugural Prime Minister's Literary Award.