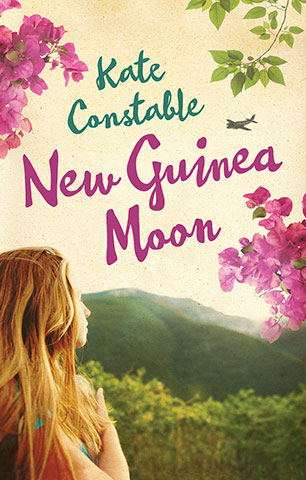 A captivating coming of age story for younger teens, set in New Guinea around the time of independence.

Julie has grown up not knowing her father, with just the occasional Christmas card and the knowledge that he flies planes for a charter company in New Guinea. When she comes to stay with him one long summer, she learns to appreciate not only her long-lost father and his love of flying, but also New Guinea itself and the people she meets. An awkward romance with a young expat contrasts with her growing attraction to the son of a local coffee plantation owner. And, left to her own devices much of the time, Julie learns to rely on herself and gain her own independence. A tragedy and then a mystery leave her reeling, but force her to evaluate what she really wants out of life.

'Captivating.the unexpected twists kept me on my toes' - Georgia, 15
More books by this author

Kate Constable is a Melbourne writer who grew up in Papua New Guinea, where her father worked as a charter pilot. She is the author of the internationally-published fantasy trilogy, The Chanters of Tremaris, as well as The Taste of Lightning. As part of the Girlfriend fiction series she wrote Always Mackenzie and Winter of Grace (joint winner of the Children's Peace Literature Award, 2009) and co-authored Dear Swoosie (with Penni Russon). Her novel Cicada Summer was short-listed for the 2010 Prime Minister's Literary Award. Her most recent novel, Crow Country, won the 2012 Children's Book Council of Australia Book of the Year Award (younger readers) and the 2012 NSW Premier's Literature Award, Patricia Wrightson Prize, and was shortlisted for the 2012 WA Premier's Literary Award and the Adelaide Festival Award for Children's Literature. Kate lives in West Preston with her husband, two daughters and a bearded dragon.