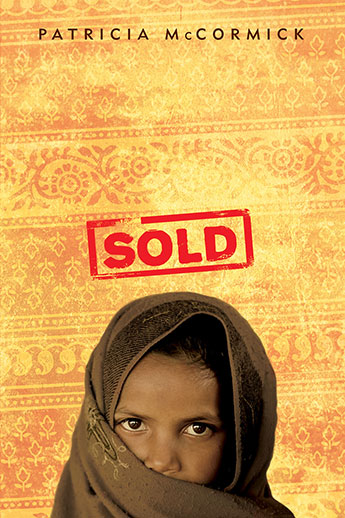 The heart-wrenching story of Lakshmi, from Nepal, who is sold into prostitution at the age of 13, and kept captive in 'Happiness House' - where she not only survives, against all odds, but triumphs. Now a film staring Gillian Anderson.

Lakshmi's family is desperately poor, but village life in the mountains of Nepal has its share of pleasures. When the monsoons wreck their crops yet again, Lakshmi's stepfather says she must leave home and take a job to support her family. She arrives at 'Happiness House' full of hope, but soon learns the unthinkable truth - she has been sold into prostitution.

This new world becomes a nightmare from which there is no escape. But, very gradually, Lakshmi makes friends with others in the house, and gathers her courage, until the day she has to face the hardest decision of all: will she risk everything to reclaim her life?

Deceptively simple, eloquent, and shocking - this is a story you will never forget.

'A phenomenal book, a punch in the gut. It drew me in from the first page, even though I wanted to turn away. McCormick has taken a difficult, distasteful subject and written something readable and compassionate without shying away from the truths of the matter. I only wish it was a historical document, not a portrait of a world we have all helped to create.' Deborah Ellis, author of the Parvana series
More books by this author

Patricia McCormick is a critically acclaimed author for young adults. Her debut novel, Cut, captivated teenagers and adults alike, becoming a bestseller in America and winning numerous awards. This was followed by the equally applauded My Brother's Keeper. Patricia holds a master's degree in creative writing, and has contributed regularly to The New York Times. She lives in New York City with her husband and two children, and says the coolest thing she's done lately (perhaps the coolest thing she's ever done) was to go rappelling off a cliff in the Blue Mountains of Australia.