The Fury in the Fire 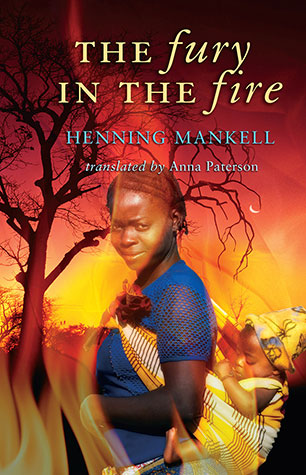 The unforgettable story of Sofia, a courageous young woman struggling to take care of her poverty-stricken family in Mozambique. This is the third novel about Sofia, which began with a terrible landmine accident in Secrets in the Fire, and continued into her teenage years in Playing with Fire.

'I learned to see the future in the flames. Fire is mysterious and unpredictable; it warms and it causes pain. And sometimes it is full of fury.'

Sofia's first love was Armando - the Moonboy who appeared to her one night, taking off his clothes so she could mend them. She had learned to sew in the hospital, ten years ago, after a terrible landmine accident. Now Sofia and Armando have little children, and while Sofia supports her family in the village, Armando works in the city and comes home on weekends. Life is hard, but things become much worse when, one Saturday, Armando does not return. With her baby on her back, Sofia makes her way to town, and when she discovers what Armando is doing, she is shaken to her very core.

Now Sofia must summon all her strength and courage to face the danger that lies ahead. Set in Mozambique, The Fury in the Fire follows Henning Mankell's two unforgettable novels about Sofia: Secrets in the Fire and Playing with Fire.
More books by this author

Henning Mankell was born in 1948 and is one of Sweden's most popular authors. His Kurt Wallander detective series has sold millions of copies worldwide and his awards for his children's books include the 1993 Deutscher Jugendliteraturpreis and the 1996 Astrid Lindgren Prize.