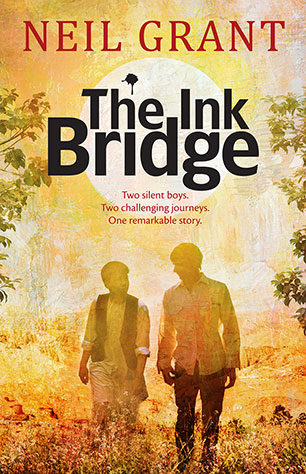 A remarkable and gripping story about one refugee boy on a desperate journey from Afghanistan, and the Australian boy who befriends him.

Each step becomes a heartbeat and I feel the distance between Omed and me closing. I remember when I first met him - when he had showed me what bravery meant. How he had stood up for what he believed. In the end that had been his undoing.

Omed is a boy from Afghanistan. After making an enemy of the Taliban on the day the Buddhas of Bamiyan are destroyed, he undertakes a perilous journey to seek asylum in Australia. Hector is a grieving Australian boy who has given up on school and retreated into silence.

Their paths meet at a candle factory where they both find work. But secrets fester behind the monotonous routine of assembling wax and wicks - secrets with terrible consequences. And, ultimately, it is up to Hector to see how the story ends.

Omed's and Hector's beautifully told and compelling journeys will grip hold of your heart and not let go.
More books by this author

Neil Grant was born in Scotland in the Year of the Fire Horse. He learnt to speak Australian at the age of thirteen when he migrated to Melbourne to ride kangaroos. He finished high school at the International School of Kuala Lumpur then spent years blundering through Indonesia, Israel, Yugoslavia, India, Nepal, Thailand, Greece, Italy, the UK and Tasmania. To research The Ink Bridge , he travelled (quietly) through Afghanistan.

Sometimes he escapes to write and dream in a mudbrick cottage he built himself on the Far South Coast of NSW.

Neil has three children and lives in Cottles Bridge, Victoria.

Watch a Q&A with the Author