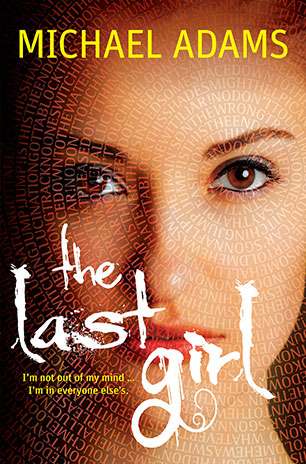 The end of the world happened quickly. The sun still shone, there was no explosion - just a tsunami-sized wave of human thought drowning the world in telepathic noise as everyone's inner-most secrets became audible. Everyone's thoughts, that is, except sixteen-year-old Danby.

Everyone looked like bad actors in a poorly dubbed movie. Their expressions didn't match their emotions and their lips didn't sync with what they were saying. But they were all so loud.

The end of the world happens in the blink of an eye.

When The Snap sweeps the globe, everyone can instantly hear everything that everyone else is thinking. As secrets and lies are laid bare, suburbs and cities explode into insanity and violence. What might have been an evolutionary leap instead initiates the apocalypse.

Sixteen-year-old Danby Armstrong's telepathy works very differently. She can tune into other people but they can't tune into her. With only this slender defence, Danby must protect her little brother and reach the safety of her mother's mountain retreat. But it's 100 kilometres away and the highways are blocked by thousands of cars and surrounded by millions of people coming apart at the psychic seams.

Danby's escape is made even more dangerous by another cataclysm that threatens humanity's extinction. And her ability to survive this new world will be tested by a charismatic young man whose power to save lives may be worse than death itself.

'If you're looking for a great Australian YA read over summer, treat yourself to a copy of Michael Adams' post-apocalyptic page-turner, The Last Girl' Margot McGovern, reviewer for Australian Book Review

Michael Adams has been a restaurant dishwasher, television host, ice-cream scooper, toilet scrubber, magazine journalist, ecohouse lab rat, film reviewer, social media curator, telemarketing jerk, reality TV scribe and B-movie zombie. This one time, he watched bad movies at the rate of one per day for an entire year and wrote a book about the traumatic experience, which is called Showgirls, Teen Wolves and Astro Zombies. Michael lives in the Blue Mountains, NSW, with his partner, daughter, one dog, two cats and an average of three supersized spiders. The Last Girl is his first novel.