A Ballad of Mulan 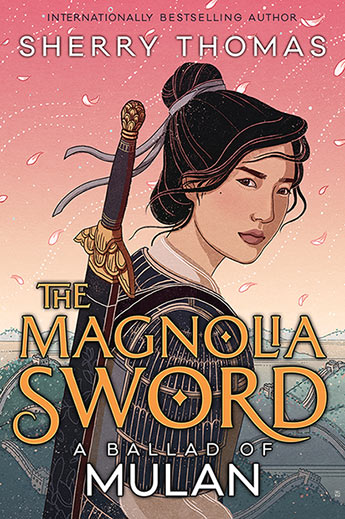 Mulan has been drilled in martial arts to fight the duel of her life - but what if her sworn enemy is also her secret love? A heart-thumping retelling that brings a much-loved heroine to life.

All her life, Mulan has trained for one purpose: to win the duel that every generation in her family must fight. Then a messenger from the Emperor arrives, demanding that all families send one soldier to fight the Rouran invaders in the north. Mulan's paralysed father cannot go, and her brother is just a child. So she ties up her hair, takes up her sword and joins the army as a man.

Thanks to her martial arts skills, Mulan is chosen for an elite team under the command of the princeling, the royal duke's son, to whom she feels a dangerous attraction. But the princeling has secrets of his own, which explode into Mulan's life and shake up everything she knows. As they cross the Great Wall to face the enemy beyond, Mulan and the princeling must find a way to unwind their past, unmask a traitor and uncover the plans for the Rouran invasion . . . before it's too late.

Inspired by wuxia martial-arts dramas as well as the centuries-old story of Mulan, The Magnolia Sword is a thrilling, romantic and sharp-edged novel that lives up to its beloved heroine.
More books by this author

Sherry Thomas is the author of nineteen novels across multiple genres, including the acclaimed Lady Sherlock mystery series, a YA fantasy trilogy that began with The Burning Sky and more than a dozen romance novels, which have twice won her the Romance Writers of America's prestigious RITA® Award. Born in China, she learned English as a second language and now lives and writes in Austin, Texas.