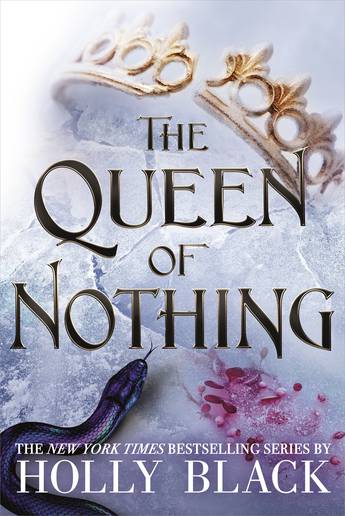 When her twin sister Taryn shows up asking a favour, Jude jumps at the chance to return to the Faerie world, even if it means facing Cardan, who she loves despite his betrayal. When a dark curse is unveiled, Jude must become the first mortal Queen of Faerie and break the curse, or risk upsetting the balance of the whole Faerie world.
More books by this author More books in this series

Holly Black is the author of bestselling contemporary fantasy books for kids and teens. Her titles include The Spiderwick Chronicles (with Tony DiTerlizzi), The Coldest Girl in Coldtown, the Magisterium series (with Cassandra Clare) and the Folk of the Air series, which begins with The Cruel Prince in 2018, nominated for the CILIP CARNEGIE MEDAL 2019, and continues with number 1 New York Times bestseller The Wicked King. She has been a a finalist for an Eisner Award, and the recipient of the Andre Norton Award, the Mythopoeic Award and a Newbery Honor. She lives in New England with her husband and son in a house with a secret door. Follow Holly at www.blackholly.com or @HollyBlack