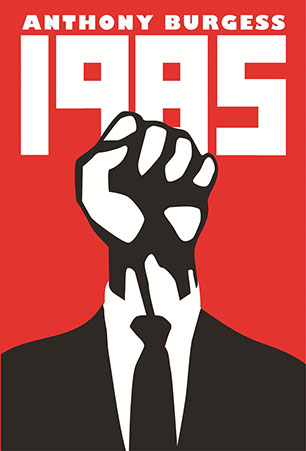 Ingenious, chilling and darkly comic, 1985 is a terrifying vision of the future by the 'great postmodern storehouse of British writing', Anthony Burgess.

In characteristically daring style, Anthony Burgess combines two responses to Orwell's 1984 in one book. The first is a sharp analysis: through dialogues, parodies and essays, Burgess sheds new light on what he called 'an apocalyptic codex of our worst fears', creating a critique that is literature in its own right.

Part two is Burgess' own dystopic vision, written in 1978. He skewers both the present and the future, describing a state where industrial disputes and social unrest compete with overwhelming surveillance, security concerns and the dominance of technology to make life a thing to be suffered rather than lived.

Together these two works form a unique guide to one of the twentieth century's most talented, imaginative and prescient writers. Several decades later, Burgess' most singular work still stands.
More books by this author

Anthony Burgess (1917-1993) was a novelist, poet, playwright, composer, linguist, translator and critic. He is best known for his novel A Clockwork Orange, but altogether he wrote thirty-three novels, twenty-five works of non-fiction, two volumes of autobiography, three symphonies, more than 150 other musical works, reams of journalism and much more. He was born in Manchester, England and grew up in Harpurhey and Moss Side, went to school in Rusholme, and studied at Manchester University. He lived in Malaya, Malta, Monaco, Italy and the US amongst other places, and is still widely read all over the world.