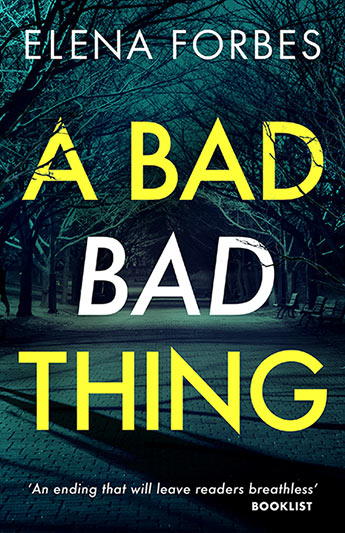 Eve West, a police officer with a hidden past, is drawn into a dark and complex case when she's asked to investigate a miscarriage of justice

After a police operation ends in catastrophe, DCI Eve West is suspended. She faces expulsion from the force, until John Duran - a violent criminal Eve incarcerated herself - offers his help to clear her name. But he wants something in return. Convinced there has been a miscarriage of justice, Duran wants Eve to help free a fellow prisoner convicted of murder. But why is a hardened criminal like Duran assisting this other inmate? And why has he specifically chosen Eve to investigate?

With her job at stake, Eve is forced to do Duran's bidding and take a closer look at the inmate's conviction. But as the investigation grows darker, she finds her personal life is linked to the case. Eve has a past to hide and John Duran knows too much . . .
More books by this author

Elena Forbes worked for a number of international investment groups before becoming a full-time writer. She is the author of four previous thrillers in the Mark Tartaglia series, the first of which, Die with Me, was shortlisted for the CWA John Creasey (New Blood) Dagger Award. She lives in central London.