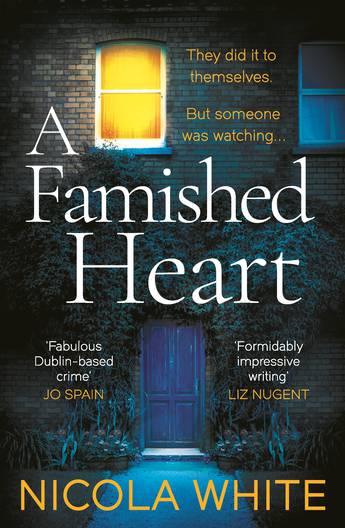 The first in a powerful new crime trilogy set in 1980s Dublin, exploring the power of the Catholic church and the powerlessness of unmarried women.

Her head was bowed, and the hands braced on the chair arms were not like hands at all, but the dry dark claws of a bird...

The Macnamara sisters hadn't been seen for months before anyone noticed. It was Father Timoney who finally broke down the door. One woman was sitting in her armchair, surrounded by religious tracts, the other was crouched under her own bed. Both had starved themselves to death.

Francesca Macnamara returns to Dublin after decades in the US, to find her family in ruins. Meanwhile, Detectives Vincent Swan and Gina Considine are convinced that there is more to the deaths than suicide. Because what little evidence there is, shows that someone was watching the sisters die...
More books by this author More books in this series

Nicola White won the Scottish Book Trust New Writer Award in 2008 and in 2012 was Leverhulme Writer in Residence at Edinburgh University. Her novel The Rosary Garden won the Dundee International Book Prize, was shortlisted for the McIlvanney Prize, and selected as one of the four best debuts by Val McDermid at Harrogate. She grew up in Dublin and New York, and now lives in the Scottish Highlands.