Home>Browse>Books>Fiction>A Landing on the Sun

A Landing on the Sun 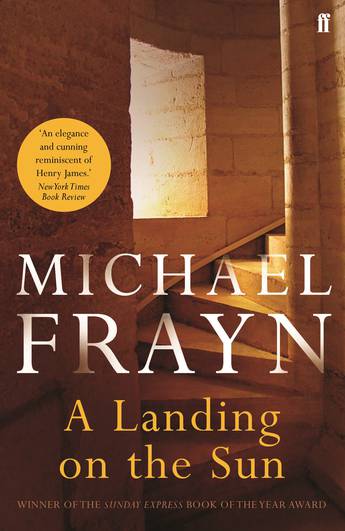 A backlist fiction masterpiece from the author of Spies and Skios.

Ever since an obscure Civil Servant called Stephen Summerchild fell to his death from a window in the Admiralty, rumours have circulated about a connection with some secret defence project. Now, as a television company reinvestigates the case, the Cabinet Office feels it may be prudent to make a reassessment of its own, in case of any sudden alarm at Number Ten.
More books by this author

Michael Frayn was born in London in 1933 and began his career as a journalist on the Guardian and the Observer. His novels include Towards the End of the Morning, Headlong, Spies and Skios. His seventeen plays range from Noises Off, recently chosen as one of the nation's three favourite plays, to Copenhagen, which won the 1998 Evening Standard Award for Best Play of the Year and the 2000 Tony Award for Best Play. He is married to the writer Claire Tomalin.