Home>Browse>Books>Fiction>A Life of Adventure and Delight

A Life of Adventure and Delight 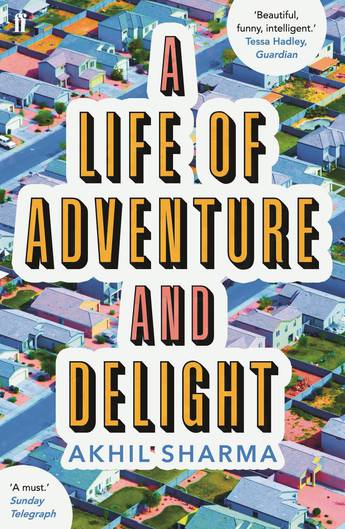 'He is truly the Chekhov of our time.' - Yiyun Li

Late one June afternoon, seven months after my wedding, I woke from a short, deep sleep, in love with my husband.

Whether describing the tensions of an arranged marriage, the trauma of having an alcoholic mother, or the petty corruption of an Indian neighbourhood, Akhil Sharma's stories always expose the cultural collisions - the paradoxes, ironies, and harmonies - that characterise modern life. What does it mean to be foreign? And can you find a home in exile?

In these elegant, unsparing and unusually intimate stories - five of which were first published in the New Yorker - the Folio Prize-winning author explores these questions with disarming honesty. Marrying the minimalism of Chekhov and Carver with an unparalleled flair for dark comedy, A Life of Adventure and Delight is a book of wisdom, wonder and poignant reflection from a writer courageous enough to explore the darkening margins of the psyche.
More books by this author More books in this series

Akhil Sharma was born in Delhi in India and emigrated to the USA in 1979. His stories have been published in the New Yorker and Atlantic Monthly, and included in The Best American Short Stories and O. Henry Prize Collections. His first book, An Obedient Father, won the 2001 Hemingway Foundation/PEN Award. He was named one of Granta's 'Best of Young American Novelists' in 2007. His second novel, Family Life, won the 2015 Folio Prize and the International Dublin Literary Award 2016. Sharma is currently a Fellow at The New York Public Library's Dorothy and Lewis B. Cullman Center for Scholars and Writers.