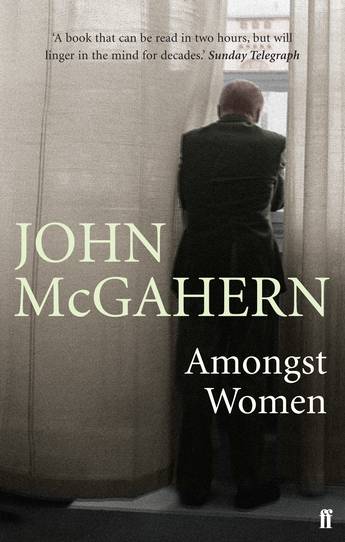 Moran is an old Republican, a veteran of the Irish Civil War. His old age, its rhythm and shape, is dominated by his three daughters. It is they who revive the custom of celebrating Monaghan Day and it is through their lives that we discover the story of his life.
More books by this author

John McGahern was born in Dublin in 1934 and brought up in the West of Ireland. He is a graduate of University College, Dublin. He has worked as a Primary School teacher and has held various academic posts at universities in Britain, Ireland and America.

In the opinion of the Observer, John McGahern is 'Ireland's greatest living novelist'. He is the author of six highly acclaimed novels and four collections of short stories, and has been the recipient of numerous awards and honours, including a Society of Authors Travelling Scholarship and the American-Irish Award. Amongst Women,which has won both the GPA and the Irish Times Award, was shortlisted for the Booker Prize and made into a four-part BBC television series. His work has appeared in anthologies and has been translated into many languages.