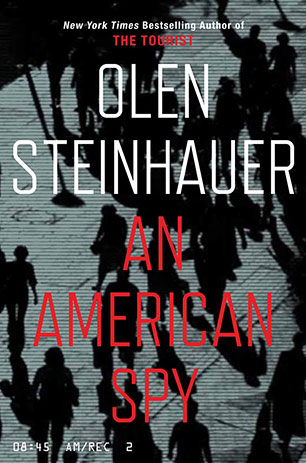 After the dissolution of the Department of Tourism, Milo's old boss, Alan Drummond, grows obsessed with revenge against the man who's destroyed his life: the Chinese spymaster Xin Zhu. When Alan disappears in London, having traveled around the planet, to reach the UK, clues are few and questions numerous.

In China, Xin Zhu tracks evidence of a conspiracy against him (and his young wife) as he tries to survive the intrigues of Beijing politics.

In Germany, Erika Schwartz comes across signs that Tourism may not be as dead as it seemed to be.

In the center of it all is Milo Weaver, trying to stay alive and protect his family in Brooklyn.

Things always become much, much worse before they can become better. That's one of Tourism's first rules.
More books by this author

Olen Steinhauer was born in America and has lived in Croatia, the Czech Republic and Italy. He also spent a year in Romania on a Fulbright grant, an experience that helped inspire his first five books. He has now settled in Hungary with his wife and daughter. His first book, The Bridge of Sighs, was nominated for five major thriller awards.