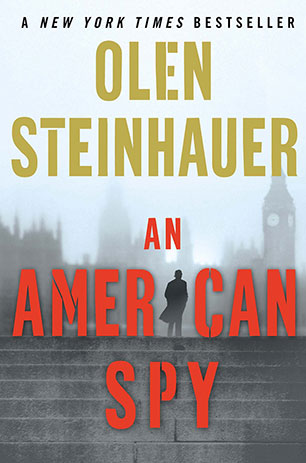 Milo Weaver is still haunted by his last job. As an expert assassin for the Department of Tourism, an ultra-secret group of super-spooks buried deep in the corridors of the CIA, he fought to keep himself sane in a paranoid and amoral profession. Now, the Department has been destroyed, and with it Weaver's livelihood. Finally he can spend time with his family - without constantly looking over his shoulder and fixing one eye on the exits.

Weaver's former boss is not so settled. For Alan Drummond, Tourism was everything. Now, all he wants is to take revenge on the Chinese spymaster that exploded their operations from within. Weaver tries to persuade him to leave sleeping cells lie, but when Drummond disappears from a London hotel room, Weaver is sucked back down into his old life.

Soon, Weaver is sifting through secrets, lies and misinformation. If his time as a Tourist has taught him anything, it's that nothing and no-one can be trusted - even within the CIA itself.
More books by this author

Olen Steinhauer was born in America and has lived in Croatia, the Czech Republic and Italy. He has now settled in Hungary with his wife and daughter. His first book, The Bridge of Sighs, was nominated for five major thriller awards.