And Fire Came Down 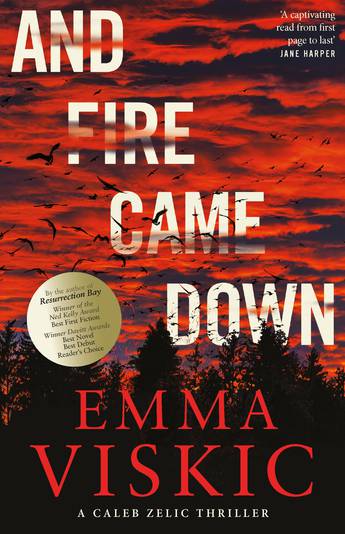 The thrilling second novel in the award-winning Caleb Zelic series, and winner of the Best Novel award at the 2018 Davitt Awards.

Deaf since early childhood, Caleb Zelic is used to meeting life head-on. Now, he's struggling just to get through the day. His best mate is dead, his ex-wife, Kat, is avoiding him, and nightmares haunt his waking hours.

But when a young woman is killed, after pleading for his help in sign language, Caleb is determined to find out who she was. The trail leads Caleb back to his hometown, Resurrection Bay. The town is on bushfire alert, and simmering with racial tensions. As Caleb delves deeper, he uncovers secrets that could ruin any chance of reuniting with Kat, and even threaten his life. Driven by his own demons, he pushes on. But who is he willing to sacrifice along the way?
More books by this author

Also a classically trained clarinettist, Emma's musical career has ranged from performing with Jose Carreras and Dame Kiri Te Kanawa, to busking in the London Underground. She lives in Melbourne and divides her time between writing, performing and teaching.