Home>Browse>Books>Fiction>And When She Was Good

And When She Was Good 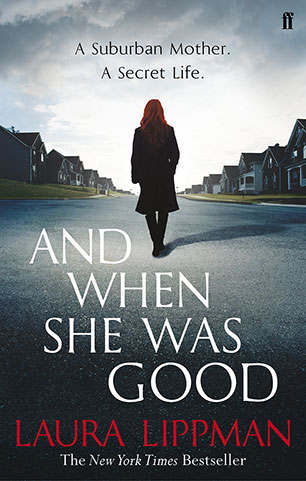 And When She Was Good by Laura Lippman is the gripping new psychological thriller from the New York Times bestselling author.

In the comfortable suburb where she lives, Heloise is just a mom, the youngish widow with a forgettable job who somehow never misses her son's soccer games or school plays. But in discrete hotel rooms throughout the area, she's the woman of your dreams - if you can afford her hourly fee.For more than a decade, Heloise has believed her unorthodox life to be a safe one; rigidly compartmentalized, maintaining no real friendships and trusting very few people. But now this secret life is under siege. Her once oblivious accountant is asking loaded questions about her business. Her longtime protector is hinting at new, mysterious dangers. Her employees can no longer be trusted. Her ex, the one who doesn't know he's the father of her son, is appealing his life sentence. And, one county over, another so-called 'suburban madam' has been found dead in her car, an apparent suicide...Can Heloise stay alive long enough to remake her life again, and save her son? Can she really expect to leave everything else behind?
More books by this author

Laura Lippman was a reporter for twenty years. She began writing novels while working full time and published seven books about accidental PI Tess Monaghan before leaving daily journalism in 2001. Her work has been awarded the Edgar, the Anthony, the Agatha, the Shamus, the Nero Wolfe, Gumshoe and Barry awards. She also has been nominated for other prizes in the crime fiction field, including the Hammett and the Macavity. She was the first-ever recipient of the Mayor's Prize for Literary Excellence and the first genre writer recognized as Author of the Year by the Maryland Library Association.