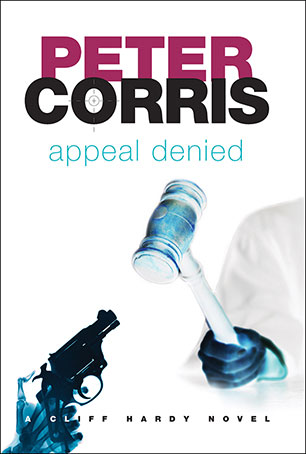 Stripped of his investigator's licence and with his appeal denied, Cliff Hardy faces an uncertain future. Then something very personal happens that sends him off doing what he does best - confronting, questioning, provoking violence - with the lack of credentials not an issue.

Is policewoman Jane Farrow bent or straight? Will vertically challenged but charismatic media star Lee Townsend be a help or an obstacle? Taking and dealing out punishment, mostly on Sydney's North Shore, Hardy encounters corrupt cops, bereft wives and computer geeks. In a shadowy showdown at Balmoral Beach, Hardy sorts out those who need to be sorted, but his future remains even more clouded than before.

'Corris is a tried and true crime writer. Until you've read the Cliff Hardy series, you can't call yourself an aficionado of Aussie detective fiction.' - The Age

'Hardy has grown into a vulnerable and engaging human being . . . Cheap motels are still his milieu.' - The Weekend Australian
More books by this author More books in this series