Home>Browse>Books>Fiction>Aunt Julia and the Scriptwriter

Aunt Julia and the Scriptwriter 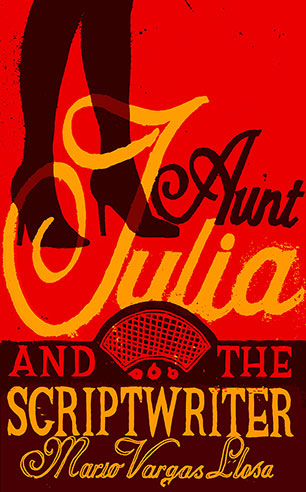 Mario, an 18-year-old law student and radio news editor, falls scandalously in love with his Aunt Julia, the 32-year-old divorced wife of his cousin. Vargas Llosa interweaves the increasingly lunatic story of their affair with episodes from an even more lunatic radio soap opera written by Mario's friend Pedro Comacho.
More books by this author

With novels including The War of the End of the World, Aunt Julia and the Scriptwriter, The Notebooks of Don Rigoberto and The Feast of the Goat, Mario Vargas Llosa has established an international reputation as one of the Latin America's most important authors. A man of diverse interests, he is a playwright and his critical studies of Garcia Marquez, Flaubert, Sartre and Camus are internationally respected. He has also produced and hosted The Tower of Babel, the Peruvian television show that looks at every aspect of Latin American culture from Borges to boxing. A football fanatic, he covered the 1982 World Cup for Peru. Mario Vargas Llosa was awarded the Ritz Paris Hemingway Award in March 1985 for The War of the End of the World and the Neil Gunn International Fellowship in 1986.