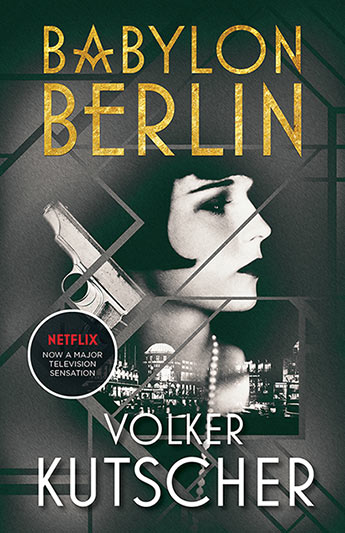 1929: When a car is hauled out of the Landwehr Canal with a mutilated corpse inside, Detective Inspector Gereon Rath claims the case. Soon his inquiries drag him ever deeper into the morass of Weimar Berlin's 'Roaring Twenties' underworld of cocaine, prostitution, gunrunning and shady politics.

'Unrelenting in tension until an explosive climax; as well as delivering the thrills Kutscher captures perfectly in dark tones the menacing atmosphere and lurking threats of a unique -- and pivotal -- time and place in history.'
Craig Russell, author of the Jan Fabel series

'Twenties Germany in all its seedy splendour: impressive.'
Sarah Ward, author of In Bitter Chill

'Evocative thriller set in Berlin's seedy underworld during
the Roaring Twenties.'
Mail on Sunday
More books by this author

Volker Kutscher was born in 1962. He studied German, Philosophy and History, and worked as a newspaper editor prior to writing his first detective novel. Babylon Berlin, the start of an award-winning series of novels featuring Gereon Rath and his exploits in late Weimar Republic Berlin, was an instant hit in Germany. Since then, a further four titles have appeared, most recently Marzgefallene in 2014. The series was awarded the Berlin Krimi-Fuchs Crime Writers Prize in 2011 and has sold over one million copies worldwide. Volker Kutscher works as a full-time author and lives in Cologne.