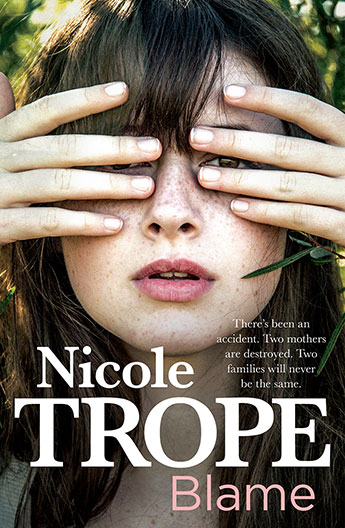 A tender and terrifying page-turner from the master of white-knuckle suspense and searing family drama.

'If you love writers such as Jodi Picoult, Nicole may just be your cup of tea.' The Hoopla

'It wasn't my fault. None of this is my fault!' Caro

Caro and Anna are best friends... they were best friends. Over a decade, Caro and Anna have bonded while raising their daughters, two little girls the same age but living two very different lives. The women have supported each other as they have shared the joys and trials of motherhood, but now everything has changed.

There's been a terrible car accident, an unimaginable tragedy that leaves both families devastated. Over two days, as Caro and Anna each detail their own versions of events, they are forced to reveal hidden truths and closely guarded secrets.

The complicated lives of wives and mothers are laid bare as both women come to realise that even best friends don't tell each other everything. And when hearts are broken, even best friends need someone to blame.

A hard-hitting, provocative and gripping read from the queen of white-knuckle suspense and searing family drama.
More books by this author

Nicole Trope is a former high school teacher with a Masters Degree in Children's Literature. In 2005 she was one of the winners of the Varuna Awards for Manuscript Development. In 2009 her young adult novel titled I Ran Away First was shortlisted for the Text Publishing Prize. Blame is Nicole's sixth novel. Her previous titles include the acclaimed The Boy Under The Table, Three Hours Late, The Secrets in Silence, and Hush, Little Bird.