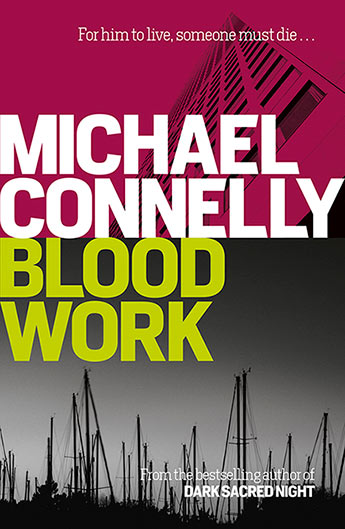 Terry McCaleb, one of the most effective serial-killer investigators in the history of the FBI, hunts down his heart donor's killer. An unputdownable story from the award-winning No. 1 bestselling author.

'Blood Work' - that's what Terry McCaleb used to call his job at the FBI. Eight weeks ago he was a dead man, but now someone else's heart is keeping him alive. Then a newspaper report of his brush with death brings him an unwanted visitor. Graciela Rivers reveals to McCaleb that the anonymous donor of his heart was her murdered sister, and that the police investigation into the case is going nowhere. McCaleb feels he has no choice but to take on the investigation.

Nothing about the seemingly random killing makes sense. McCaleb realises that someone is watching his every move - someone who has killed before and will kill again ...
More books by this author