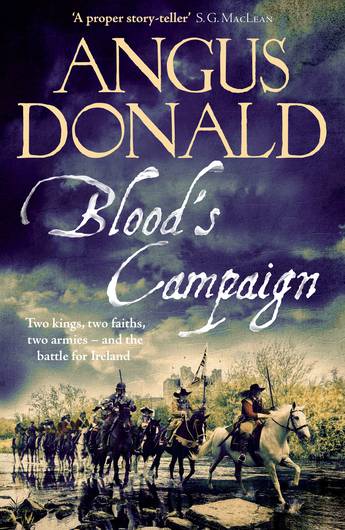 In the theatre of war there can only be one victor . . .

The English army has surrounded Carrickfergus in Ireland. The brilliant strategist and gunner Captain Holcroft Blood of the Royal Artillery is ready to train his powerful cannon on the rebellious Catholics. But this is more than war for Blood, there is a terrible vengeance that burns in his heart.

The Battle of the Boyne must be decisive for King William's English forces if he is to prevail over deposed King James's rebel Irish and French army. And Holcroft Blood is determined to destroy the man who obsesses him: the ruthless French spymaster who murdered an innocent woman he loved dearly.

Will Blood escape to seek retribution or will his personal vendetta during a war between nations commit him to make the ultimate sacrifice?
More books by this author

Angus Donald was born in China in 1965 and educated at Marlborough College and Edinburgh University. For over twenty years he was a journalist in Hong Kong, India, Afghanistan and London. He now works and lives in Kent with his wife and two children.